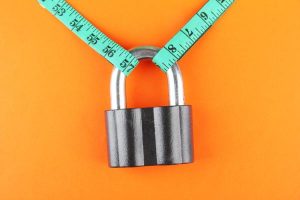 Hormones play a vital role in weight gain and loss. Some affect appetite, while others affect how readily your body gives up calories stored in fat. While there is no magic pill that can switch these on and off, there are tricks you can use in your diet to switch the right weight loss hormones on – and turn off the hormones that can lead to weight gain.

Weight Loss Hormones: What They Are And How They Work

Your brain and other organs produce a host of hormones. Some affect mood and memory. Others affect your energy levels. And others directly impact how readily you gain or lose weight. Although the mechanisms used by these hormones are not always deeply understood, research has shown that each plays a role in weight gain or loss, each in its own way.

When you are anxious or irritable, or feeling under attack, you may be suffering from chronic stress. While there are more hormones than just cortisol at play here, cortisol is king of the hill in terms of stress hormones. But cortisol does more than simply ratchet up your fight-or-flight response. It also boosts appetite. This is why stress can often lead to over-indulging in food.

Insulin is, of course, a problem for those with diabetes. In diabetics, the pancreas doesn’t produce it in sufficient quantities. But for those who are not diabetic, insulin regulates how well the body absorbs glucose into fat cells, and how well the body gives up its energy reserves in fat. Elevated levels of insulin in a normal, healthy individual cause sugars like glucose to be absorbed by cells such as muscle. However, chronically elevated levels of insulin can lead to a condition called insulin resistance, where the body produces large amounts of insulin, which would ordinarily signal to fat cells to give up their energy reserves – but fat cells refuse to listen.

Leptin is an appetite suppressor. Increased levels cause you to feel full. However, there are foods that can help increase your leptin levels. Leptin is produced by fat cells. So it’s important to manage leptin as you lose weight to ensure your levels don’t fall and drive you back into excess food consumption. However, like insulin, research suggests that obese people can suffer from leptin resistance, where the brain doesn’t respond appropriately to elevated levels of leptin. This leads to continued hunger even after a meal, when you would expect your fat cells to report that they are receiving enough energy.

Grehlin is leptin’s polar opposite. Increased levels of grehlin work to increase hunger. You may think it should go in the “weight gain hormone” category. So naturally, you want to decrease your grehlin levels while increasing leptin. Grehlin is produced in the stomach and is directly affected by food intake. For example, increasing levels of fiber in your diet can reduce levels of grehlin.

Through careful diet, you can manage the hormones in your own body, controlling hunger cravings and how readily your body gives up fat. We’ll look at how to manipulate these hormones in part two.