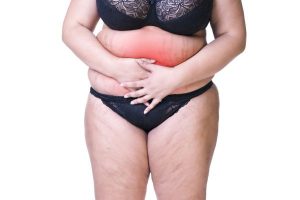 Research suggests that foods that cause inflammation lead to obesity.

Your body has a direct link between its metabolism and inflammation – the body’s response to an injury such as a wound. This discovery has led researchers to a startling conclusion.

Until recently, fat cells were believed to be static storage units for energy. Recent research now suggests fat is another bodily organ with its own behaviors and responses to what the body is doing. Kidneys have their function, cleaning toxins from the blood, and the lungs have their function, supplying oxygen to the body. Fat cells have an active function also, responding to the body’s requests for either energy storage or energy release.

The body’s response to inflammation and how it handles energy storage are deeply intertwined. Research suggests obesity is a form of inflammation. This has led to a revelation: foods that cause inflammation can lead to obesity.

Is inflammation a byproduct of weight gain, or does the connection between metabolism and inflammation lead to weight gain? This is a crucial question, and the answer appears to be that inflammation comes first. Inflammation triggers the conditions that allow weight gain to occur. However, it isn’t as simple as this. As the mass of fat in the body increases, the amount of inflammation increases, causing a vicious cycle. This is why weight loss can be so difficult for overweight and obese individuals. The body’s response to inflammation is to actively fight weight loss.

Metabolism and Inflammation: How They Impact The Brain

Inflammation directly affects the brain, causing resistance to the hormone leptin, which controls appetite. Typically, increases in leptin suppress appetite. However, in an overweight or obese individual, inflammation of the hypothalamus causes the brain to ignore increased levels of leptin, which contributes to the cycle of weight gain and obesity.

The link between metabolism and inflammation makes fighting our tendency to become overweight somewhat easier. It shows us ways of combating obesity by fighting inflammation directly.

If you’re overweight, what can be done to attack inflammation and drive your weight down? One of the simplest is to cut sugar from your diet. Foods high in sugar may be the worst culprits contributing to inflammation. Dramatically reduce your sugar intake, and that will help reduce inflammation.

Foods known to cause inflammation are a “who’s who” of the usual culprits. Foods high in sugars such as doughnuts and sodas cause an inflammatory response in the body – and literally cause the body to fight against weight loss. When you put these foods into your body, you may not simply be adding calories; you may be conditioning your body to resist weight loss. Many highly processed foods contain large amounts of sugar in various forms, and promote inflammation.

Other Foods Linked To Inflammation

The list doesn’t end here. Processed meats, alcohol, and foods containing trans fats are problematic. For those with sensitivities to dairy products (or other food allergies), these can contribute to inflammation and weight gain. Gluten causes inflammation in many people.

When you embark on a weight loss program, compile a list of inflammation-supporting foods and match them with what you eat. Then cut those out of your diet. Your body will thank you, and you’ll be on your way to dropping those pounds.