Posted on May 27, 2019 by Dr. Susan Jamieson in Health Improvement 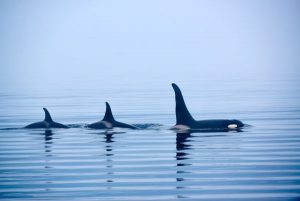 Menopausal symptoms are often viewed with trepidation, and while menopause is certainly a large transition in a woman’s life, it’s not a sign that life is done. There’s lots of good living to come.

Darcey Steinke decided she had to write a book about menopause after finding out that two of the only mammals to go through it are killer whales and human women. For the whales, it inaugurates becoming the leaders of their pods. So she wrote “Flash Count Diary: Menopause and the Vindication of Natural Life” which will be out in June, 2019.

The author had a fairly common experience of menopausal symptoms:

There’s a lot of prejudice against “older women” in their post-reproductive years, and sadly, much of it has been found in the medical community, which hasn’t always taken the concerns of aging women very seriously.

“Meticulously researched and passionately written, Flash Count Diary examines the shame and stigma attached to female aging so closely that their opposites are revealed. Steinke posits menopause as a channel through which new realms of possibility, depth, strength and growth can be revealed. An inspiring and visionary book.”
―Chris Kraus, author of After Kathy Acker

The Transition Of Menopause

Menopause is traditionally viewed as a transition into the final stage of life. The maiden becomes the mother, the mother becomes the crone. In our modern day, however, many women choose their roles from a much wider set of choices. It’s also true that fifty is the new thirty for many women who take care of their health. Anti-aging medicine coupled with healthy and informed lifestyle choices can keep a woman feeling vital decades longer than what used to be expected.

Women in their fifties, sixties, seventies and beyond learn new skills, begin new relationships, overcome new challenges, start new businesses, travel to new places, and sometimes redesign their lives to suit themselves better than ever before.

“It’s an opportunity to transform. Women transition from their reproductive years to their productive years and see the world in a new way. This is change on the deepest level, an attitudinal change . . . ”
– Jill Shaw Ruddock, author of The Second Half of Your Life

What Age Do Menopause Symptoms Start?

While most women reach menopause age between the ages of forty-five and fifty-five, it can happen as early as thirty, or as late as sixty.

The Three Stages of Menopause

Many reputable organizations recommend hormone therapy if these symptoms become a problem. I’ve had very good results myself with bio-identical hormone therapy (BHRT) with many patients.

Certain natural supplements can also be helpful, such as black cohosh and red clover. Vitamin D, K2 and magnesium can be important to prevent osteoporosis.

Some patients get excellent results from mind and body practices such as yoga, tai chi, hypnosis and acupuncture. Our holistic clinic in Hong Kong offers a broad range of therapies that can relieve menopausal symptoms and assist with antiaging.

Menopause Doesn’t Have To Be Negative

In a survey by the North American Menopause Society, the majority of women who were already menopausal or experiencing menstrual changes expressed an attitude toward menopause that was either neutral (42%) or positive (36%).

In the next part of this article, I’ll discuss a full list of possible menopausal symptoms, as well as some tips for thriving during your menopause.

4 comments on “The Transition of Menopausal Symptoms, Part 1”