Posted on September 30, 2016 by Dr. Susan Jamieson in Health Improvement 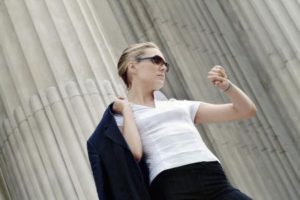 Some of our patients have asked about (or discovered!) fitness trackers. They can be a helpful health tool, providing information and motivation. During a busy day, they can be a constant reminder to stay active, get up and stretch, and take a few more steps when you can.

Fitness trackers usually track the steps you take (pedometer), sleep patterns, and even your heart rate.

What You Measure Improves

It’s important to have measurements of your progress towards any goal you want to achieve. There’s another factor that kicks in with fitness trackers, beyond pure measurement. It’s called the Hawthorne Effect.

Using the Hawthorne Effect For Your Benefit

The Hawthorne Effect indicates that what is watched improves – that the behaviour of the watched party will be better because of their awareness of the watcher. Anything that someone else pays particular attention to offers improved performance. So, for example, in the sports world, when a coach pays particular attention to certain athletes on the team, they perform better than others who are given less attention.

The Hawthorne Effect is automated to some degree by fitness trackers, especially those which share your results with an online community. Of course, it also kicks in when you work regularly with your doctor to overcome a health challenge!

Adidas, Nike, Apple and other manufacturers bring out new and increasingly sophisticated fitness trackers every year. Many of them are worn on the wrist, since that “real estate” is free due to fewer people wearing watches today because of smart phones. Of course, now smart watches are competing with fitness trackers, but that’s a wider topic.

The Moov Now claims to be “the most advanced fitness wearable” and offers not only pedometer and sleep tracking functions, but coaching for 12 different workouts. It’s waterproof, so it’s helpful for swimmers who want to collect data on laps and more.

The Moov Now doesn’t measure sleep quality, nor does it have a heart rate monitor.

Fitbit has been around for a while and has produced many popular fitness trackers. The Fitbit Charge HR, their latest version, is a wristband with an LED screen, which means that data can be viewed right on the band (steps taken, miles walked, heart rate, calories burned, stairs climbed). It includes the basic pedometer functions, but goes beyond with a built-in heart rate and pulse monitor, and a built-in stopwatch.

The Fitbit Charge HR has automatic sleep tracking and includes a silent, vibrating alarm. While it can be worn in the shower, this device isn’t a good choice for swimmers as it is not completely waterproof.

The Jawbone UP3 is light and low-profile, and boasts long battery life of up to a week, mainly because it offers no screen. It not only tracks basic physical activity such as steps and calories burned, as well as sleep, it has small sensors on the inside of the band that track pulse, respiration, resting heart rate, bioimpedance, and skin ambient sensors.

What this means is that the device may have some ability to measure body composition and body temperature, but at this point, not much seems to be done with the data except for particularly good sleep sensors. It also has a “smart alarm” that wakes you up at the optimal time in your sleep cycle, and the ability to be programmed to give “get up and move around now” alerts. The Jawbone UP2 has the same features and software except that it doesn’t have the sensors on the inside of the band – and it’s available at a lower price.

The Jawbone UP3 is water-resistant, but not waterproof, so the Moov Now would be a better choice of fitness trackers for swimmers.