Posted on October 30, 2018 by Dr. Susan Jamieson in Emotional Health 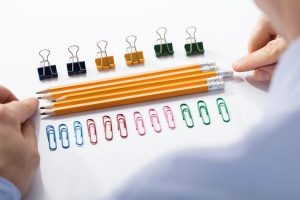 Do you need to double-check that you locked the door when you leave home, or that you locked the car when you parked? That is normal – we all do it occasionally because our minds are on other things and we forget. However, if you need to go back three, or four times, that may be a problem. You may suffer from OCD, or obsessive compulsive disorder.

The medical profession defines obsessive compulsive disorder as a condition where the victim suffers from compulsive thoughts and obsessive behavior. Professionals consider it a type of anxiety disorder. It becomes a serious problem when it begins to interfere with daily life. If you can’t leave home because you’re driven to try cleaning that stain off the wall – again – or you can’t get off your front porch because you need to be absolutely sure you locked the door behind you, it’s time to seek help.

OCD has a pattern of behavior. Obsessive ritualized behavior, thoughts that spiral around the same thing over and over. A victim of the condition may feel the need to touch something a certain number of times, or perform the same ritual, in the same way, several times. The victim may take no enjoyment from these repetitive behaviors, but is driven to carry them out anyway.

Behaviors fall into several recognized categories. These include:

Washing. The victim washes constantly, afraid of infection or contamination. This may seem like a form of hypochondria, but it goes far beyond that. The sufferer fears any kind of contamination.

Hoarding. Hoarders find themselves unable to get rid of anything. Sometimes the type of object is specific, like magazines or DVDs. Other times, it is much more general; the hoarder cannot get rid of anything, and mountains of unused or barely used items grow to fill the sufferer’s living space.

Doubting. These victims are perfectionists. Everything must be absolutely perfect and right. If not, something dreadful might occur.

Checking. Those with this version of OCD repeatedly check whether the door is locked, the bathroom light is off, the stove is off, and so on.

Counting and arranging. Those with this form suffer from a superstition that circles around specific numbers or arrangements. The famous scientist Nikola Tesla had an obsession with the number three.

When Does OCD Begin?

Typically, OCD starts in adolescence. It is rare in children, though some conditions which begin in childhood may look similar to OCD. ADHD and Tourette’s syndrome may look like OCD, although they are fundamentally different conditions.

Are You At Risk?

If you don’t suffer from this condition, there are factors which have been linked to the condition. Of course, having some or even all of these factors does not mean you will begin to suffer from compulsive behavior. These factors simply indicate a somewhat higher possibility.

Genes. Research suggests compulsive behavior runs in families, suggesting a genetic element. You may be marginally more likely to contract OCD if other members of your family suffer from it.

Differences In Brain Structure. Research has revealed possible links between OCD and variations in the structure of specific parts of the brain, in particular, the frontal cortex. This is not conclusive at this point, and research continues. Research may find that these structural differences come about because the victim has contracted OCD, rather than the OCD appearing due to these differences.

Environmental issues. Victims of physical or sexual abuse in childhood are more likely to contract OCD than those who did not. Childhood illnesses may play a role also, as these can be traumatic for a child. Research has linked streptococcal infections with the onset of OCD.

In Part Two of this two-part series, we’ll look at treatment options for OCD sufferers.

One comment on “Living With And Managing OCD (Part One)”