Posted on September 23, 2018 by Dr. Susan Jamieson in Disease Prevention 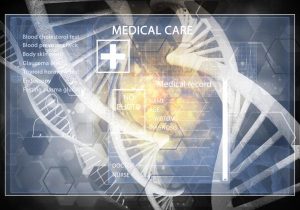 Genetic testing, or DNA testing, has become a hot commodity lately. What can having your own DNA sequenced tell you about yourself, your family history, and your health? Plenty. Genetic testing goes far beyond determining whether an illness such as Huntington’s or breast cancer runs in your family.

It can give you a profile of where your ancestors come from, it can reveal the traits you are likely to pass to your children, and it can even tell you what form of vitamin B to take and which painkillers work best for you.

There are good reasons for genetic testing. These include:

Numerous companies have formed in recent years to carry out DNA testing. The process is similar for all of them. When you sign up and pay the fee, you’ll receive a kit in the mail which typically includes a swab for taking a sample of your saliva. Send this to the company, and in a few weeks, you’ll receive an email informing you that your genetic profile is now ready for viewing. Log into your account with the company and you can see the results.

Some companies give you the option to focus on your ancestry or health issues or both. Fees vary, of course. Why the difference? Genetic testing isn’t like generating a book that analysts then flip through to see whether you have certain genes. Instead, specific tests look for specific genes or gene mutations.

DNA Testing And Your Health

If you opt for genetic testing out of concern for your health, keep in mind that while tests can show the presence of certain genes that indicate the potential for an illness, in most cases this is no guarantee you will contract that particular disease. For example, genetic testing can look for the presence of a specific gene that indicates a risk for Alzheimer’s. However, a risk of contracting an illness is not a guarantee. Hundreds of genes may interact to cause an illness — or they may interact in ways that prevent it. We do this type of testing right here in our Hong Kong clinic, and can counsel you as to what the results really mean, and if there is serious cause for concern. We can also advise you on lifestyle changes that can in some cases offset your risk.

Anxiety Over Your Results

One issue that has come up regarding genetic testing is anxiety. When you get your results and see degrees of likelihood that you may contract a particular illness, this can lead to stressing over that illness. Just remember, the numerous factors affect this. Genes that make you more likely to contract heart disease may have no impact on you if you lead an active lifestyle. A gene that makes you marginally more likely to contract a particular illness may simply change your likelihood from one in a million to one in five hundred thousand — not as good as one in a million, but definitely not something to fret about.

For more Health & Wellbeing news as well as information about events
at Dr. Susan Jamieson Integrative Medical Practice, please visit us on Facebook for regular health updates or
register for our newsletter.