Dr Susan Jamieson arrived in Hong Kong in 1989, in response to a call for doctors to work with TB victims among the influx of Vietnamese boat people at that time. A Scottish and Harvard-trained family doctor, Dr Jamieson is a specialist in integrative health, founding Dr Susan Jamieson & Holistic Central Medical Practice to combine the very best of Western and Eastern therapies. Therapies include family medicine, traditional Chinese medicine, psychotherapy, acupuncture, hypnotherapy and much more.

During her time in Hong Kong, Dr Jamieson has been involved in helping many local and international charities:

Doctor Sue traveled quickly to Sri Lanka to provide vaccinations and medical aid after the Tsunami in 2005. Read more about Dr Sue’s experience in Sri Lanka.

In combination with the local government of Chengdu, Dr Jamieson presented three trauma relief workshops. 3 years after the Earthquake, local people, who had watched their children being crushed under collapsed schools, had had no outlet for their grief and anger. Some women were suffering from unexplained infertility. The epicentre of the earthquake was 3 hours drive from Chengdu, and the beautiful, holistic Magnolia Retreat centre hosted this venture. The workshops were part of the Florasics Holo-Health World Conference 2011. A fourth workshop will be presented by Dr Jamieson’s associate Claire McLetchie. 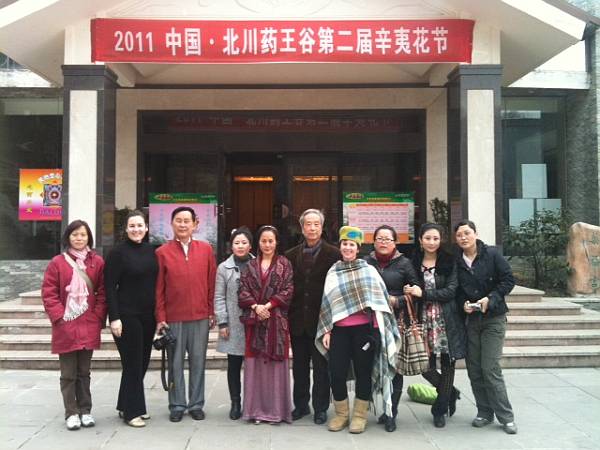 In 2007, Dr Jamieson co-founded together with Edward Fernandez, the local Hong Kong Charity, Birthday Happiness. After hearing how this format had been successful in other parts of the world (US, Brazil, Argentine) in improving self esteem and impacting the school work of underprivileged children, Dr Jamieson had the charity registered, established committee members and initial funding. She wholeheartedly committed herself to getting the charity off the ground, which she continues to Chair today, guiding both the growth and reach of the charity, which has expanded into a greater community reach by it’s regular ‘Family Days’ involving hundreds of people, chosen again by their social workers, who are taken on busses to a fabulous Government-run recreation park. 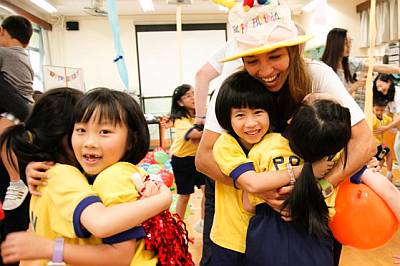 Birthday Happiness is a Hong Kong charity that celebrates the right of children and their families to have quality time and fun together. To promote traditional family values and community cohesiveness, all events aiming to promote inclusivity and diversity.

There are two main activities: weekly birthday parties for up to 40 children; and quarterly ‘Family Days’ which celebrate the right on the family, in a traditional Chinese way, to have quality time together. Up to 300 people

From the beginning, its main activity has been to provide birthday parties for disadvantaged local children, many of whom have never had a birthday party. BH believes all children deserve the right to feel special on their birthday, enjoy a party with their friends and receive a birthday present, something most children take for granted!

Throughout the year, BH holds at least one or two parties most weekends, each party being attended by an average of around 40 children. The birthday celebrants get the opportunity to invite their friends and siblings and BH, through its team leaders and volunteers, organises games and low cost entertainment, provides a birthday cake, a birthday tea, gifts and prizes.

All children attending BH parties, are put forward by social workers from BH partner organisations, such as Caritas, the Boys and Girls Association, The Society of Community Organisation, Anglican Welfare, Be The Change, International Social Services, etc.

Through its work with the above partners, Birthday Happiness learnt of the need for events for low income families focusing on having a carefree fun day together and emphasising cohesiveness and Chinese family values. Parents in low income families, often holding down two jobs, have neither the time nor money to organise such events.
Since 2011, Birthday Happiness has been holding regular Family Days for up to 300 family members at one time, in government run outdoor adventure centres. Parents, siblings and even grandparents get to enjoy a diverse range of activities including skating, tennis, football, mini golf, basketball, rope course, wall climbing, swimming, table tennis, badminton, dance and exercise classes to name but a few.

By the end of 2012, over 1600 family members from Hong Kong’s poorest families will have participated in at least one Birthday Happiness Family Day.

This year, Birthday Happiness began a new program focusing on giving disadvantaged families the opportunity to attend a theatre outing. With the help of sponsors, BH ran a pantomime performance for 150 parents and children from Hong Kong’s ethnic minority groups. For some families, it was their first visit to central together as a family, and a theatre performance was certainly a first for many more!